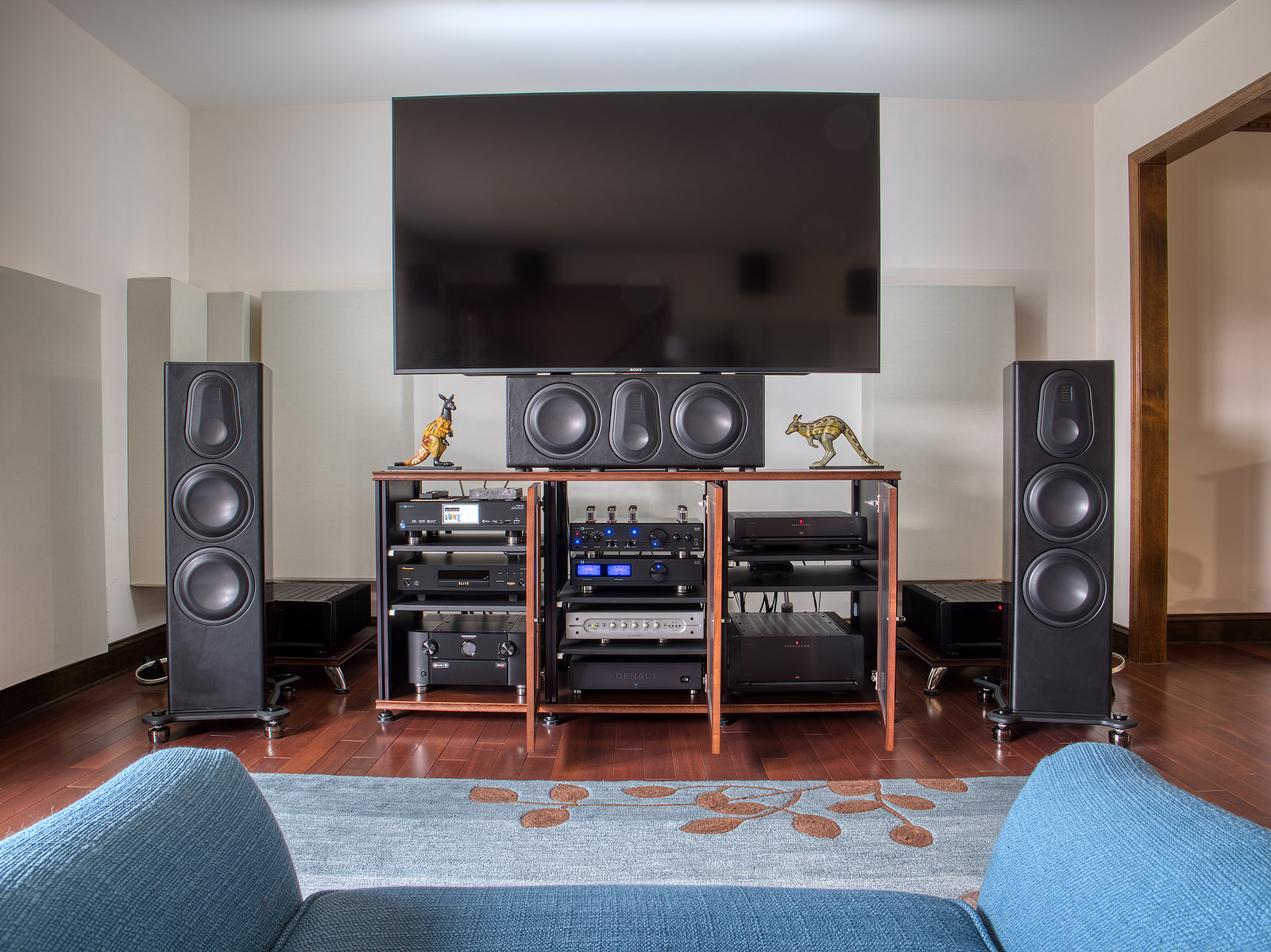 Cary Audio customer, James Stephens, sent us a beautiful photo and details of his home audio system in New Jersey featuring our DMS-600 Network Audio Player and SLP-05 preamplifier with the Ultimate Upgrade.

“The DMS-600 and SLP-05 have been in place in my system for a little over a year. I continue to be astonished by the synergy between these two components and with the rest of my system. Musicality, transparency, detail, imaging, soundstage width, depth and even height…all are deeply satisfying. I listen to FLAC, DSD, and MQA via Roon; the DMS-600 handles all of them without compromise and is the most natural digital source I have owned.

With the beginner samplers being quite interesting, the SLP-05 receives balanced inputs from my DMS-600 with the Volume at 0 so as to restrict its output to industry standard +-2V and performs its justifiably lauded tube magic. The supplied tubes on the SLP-05 were excellent although (ever in search of improvements .. however tiny) I elected to replace them with new production and precisely matched gold pin versions and I also replaced the supplied Sovtek rectifer tube for a Mullard 5AR4/GZ34 new production tube. Consistent with system-wide efforts to maximize component isolation I also replaced the supplied rubber feet with IsoAcoustics Orea vibration isolators.

The SLP-05 is capable of delivering viscerally into the very lowest octaves which became apparent once I added a JL Audio f113v2 subwoofer via a JL Audio CR-1 active subwoofer crossover introduced downstream of the SLP-05. Parasound JC1 Monoblock amplifiers receive the residual 2 channel output from the crossover and deliver it to Monitor Audio Platinum PL 300 II mains.”

If you are located in the United States and Canada, you can purchase direct from our factory on CaryDirect.